GMs Levon Aronian and Teimour Radjabov won their matches on the first day of the Airthings Masters’ semifinals. Both won two games and drew two, against GMs Maxime Vachier-Lagrave and Daniil Dubov, respectively. 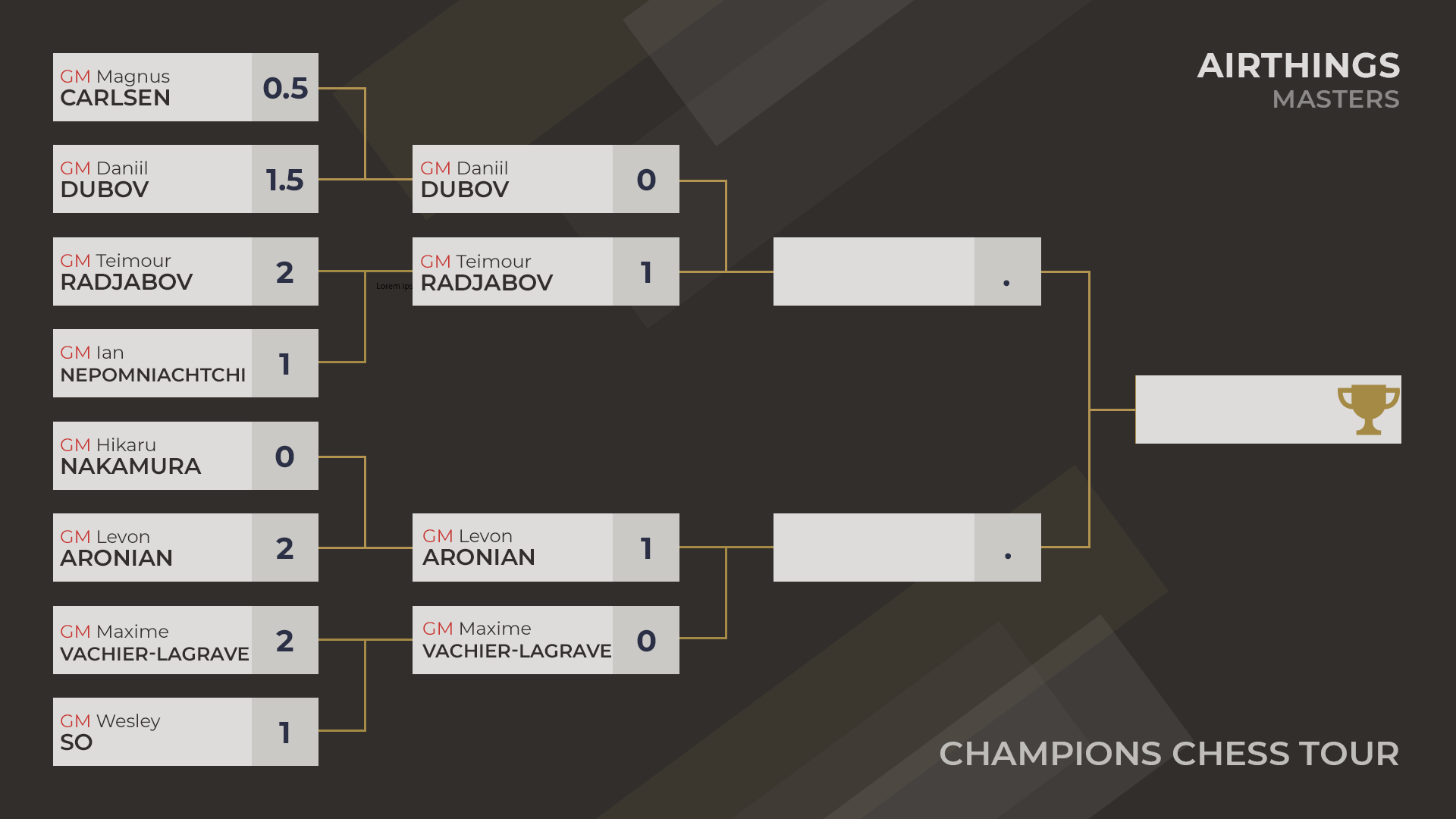 After two draws, Radjabov won his second white game from an Exchange Queen’s Gambit that saw a classic minority attack in a Carlsbad structure. He kept the pressure on Black’s c-pawn and eventually won it.

With less than half a minute on the clock, Radjabov started playing inaccurately and lost his extra pawn, only to win it back after a blunder by Dubov, who was also low on time: (Read more). Photo and news: chess.com

Ariel Arrieta is an avid chess fan and a varsity chess player who loves promoting Chess everywhere. He founded www.mychessset.com (Chess Set Online) to help promote the game of chess anywhere in the world.

My name is Ariel D. Arrieta. My first chess teacher was my father, Napoleon Z. Arrieta. He taught me the basics of Chess when I was 8. I got interested in the game and started playing tournament chess at the…