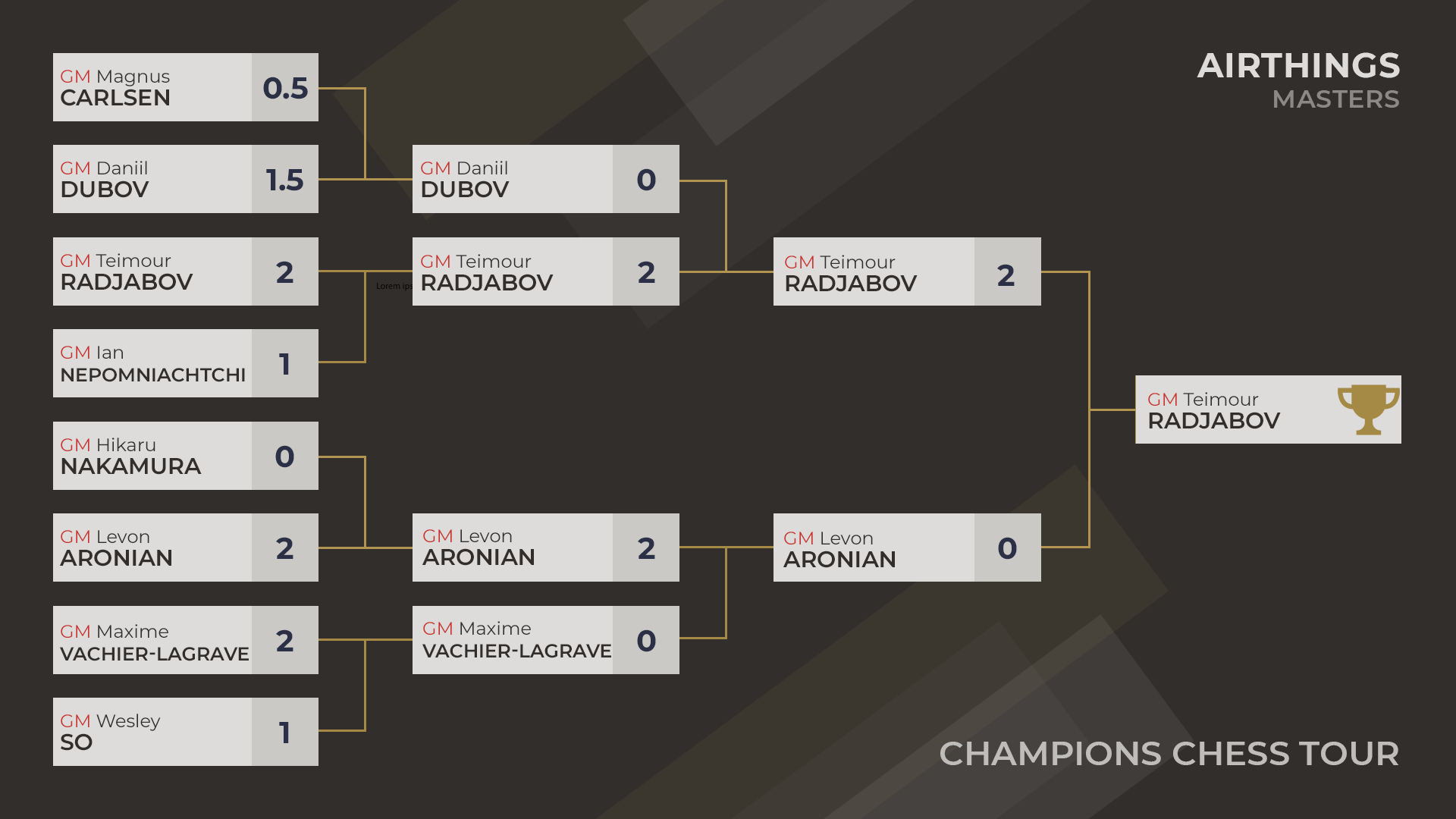 The match started with an incredible game where Aronian got to sacrifice a rook with check, similar to the famous 1960 Spassky-Bronstein game that was used in the 1963 James Bond film “From Russia With Love.” In the opening scene of that movie, we see “Kronsteen” and “MacAdams” at the “Venice International Grandmasters Championship.” (Read more). Photo and news: chess.com

Ariel Arrieta is an avid chess fan and a varsity chess player who loves promoting Chess everywhere. He founded www.mychessset.com (Chess Set Online) to help promote the game of chess anywhere in the world.

My name is Ariel D. Arrieta. My first chess teacher was my father, Napoleon Z. Arrieta. He taught me the basics of Chess when I was 8. I got interested in the game and started playing tournament chess at the…